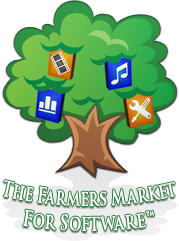 You can now buy DragThing as part of a brand new software bundle at TheMacBundles.com – you can get it with eight other great applications for only $49.95. That’s only $21 more than a single copy of DragThing, for well over $200 more in software.

It’s all the brainchild of Mac developer Stephen Becker. A few months ago, he contacted a group of us and suggested the idea of a what I would call a “fairtrade” bundle. Instead of most of the profits going to a third-party company with a background in marketing, he would organise it himself, and we would all split the proceeds equally. He’s been working hard to get all the pieces in place since then – it’s been a real labour of love.

I was happy to lend my support to the project with DragThing. The “bundle culture” that’s developed over the last few years has been a great thing for the users – at least in the short term – but not so great for the developers in my opinion. Everybody is looking for the next big bargain – which is especially understandable given the current economic climate of course – and that’s been driving the prices down. But it’s also getting to the point where it’s hard for the smaller developers to stay in business.

But with this deal, instead of getting way less than a dollar per copy, or – even worse – only getting a flat fee regardless of the number of copies sold, we’ll all be getting roughly five dollars from each sale of the bundle. So if it sells, say, a couple of thousand copies in total, that’s a much better return than we might see from many tens of thousands of sales of some other bundles.

I think Stephen won’t mind me saying that this bundle doesn’t exactly have the slickest marketing in comparison to the likes of MacHeist or MacUpdate. But that’s ok, it’s still a really good deal when you get down to it – they’re all solid apps, most of which you will have heard of before now. And hopefully, if this proves to be a success, it will be the start of something big that’s good for the whole Mac community.

So, if you like a bargain, but also like the idea of developers getting paid a fair amount for their software, please check out the whole story at TheMacBundles.com. It’s only going to be available for the next two weeks, so hurry!